Tomasz Czajka was a member of the University of Warsaw team, the first from Poland to win the ICPC 2003 during the Beverly Hills finals. The UW is the only one in the world to continuously advance to the ICPC finals from its first start in the qualifying rounds in 1994, winning them twice in 2003 and 2007, thanks to prof. Jan Madey and prof. Krzysztof Diks

Tomasz Czajka was already interested in mathematics in primary school. Because he did well in several mathematical competitions, he became a scholarship holder of the National Children’s Fund, whose long-term president was prof. Jan Madey. He became interested in computer science at 11 when he received a SAM Coupé computer from his parents. Although his father taught him a bit of programming, he became interested in algorithmics only when he enrolled in an IT workshop conducted by prof. Jan Madey. The first successes came in high school. At 15, he took second place in the national OI and won it at 17. He brought two gold medals and one silver from IOI and two silver from IMO.

Meanwhile, when he was 16, one of the foundations sent him on a one-year scholarship to Warwick School in the UK, mainly to improve his English skills. By the way, he successfully participated in the British Olympics in the same subjects as in Poland, thanks to which he was allowed to participate in the international, but only in computer science, where he won a gold medal, but for Great Britain!

Then he was admitted to the Simultaneous Studies in Computer Science and Mathematics at the University of Warsaw. In the first year, together with Andrzej Gąsienica-Samek and Marcin Stefaniak, they advanced to the finals of  ICPC, taking 6th place, which was the best result for the University of Warsaw in the history of its starts in these competitions. Complete success came two years later when Krzysztof Onak replaced Marcin Stefaniak, and in this line-up, the UW team won first place.

From 2004 to 2007, Tomasz Czajka was a PhD student at Purdue University in West Lafayette, Indiana, USA, while conducting academic lectures on algorithms and data structures. He aroused interest in the ICPC competition among his students at that time, and for two seasons, he was the coach of the university representation, with the second time, in 2006, he managed to advance to the finals. However, Tomasz Czajka was not very happy with the studies themselves. When he learned from his colleagues at Google that they were looking for people to work with, he did not hesitate for long, although it was at the expense of an unfinished doctorate. In the company, he dealt with, among other things, database infrastructure, a product search engine called Google Commerce Search, and the organization of the Google Code Jam competition, the European edition of which he once won and was in the world’s final 4. 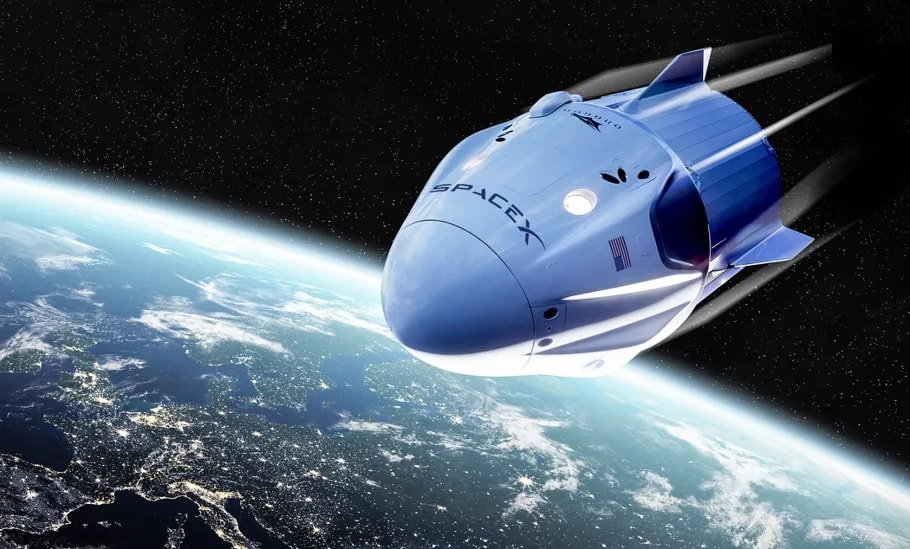 Over time, however, he no longer liked that several hundred programmers worked on each of the projects, making it difficult to break out and get promoted. At SpaceX, the famous space company Elon Musk, to which he moved in 2014, worked for six consecutive years as a “Flight Software Engineer,” dealing with software responsible for navigation and controlling the Crew Dragon spacecraft. Although he did not know about space flight before, he was entrusted with a very reliable task that required quick training to meet it. The long-awaited launch of the rocket took place on May 30, 2020, when with two astronauts on board, Douglas Hurley and Robert Behnken, after 18 hours of flight, she brought them to the International Space Station, where they joined the three-person crew.

As this project ended then, in September 2020, he decided to take annual unpaid leave, the so-called sabbatical, and in early 2021 he returned to Poland to take care of raising his 9-year-old son, and he is here to this day. Meanwhile, commissioned by world chess champion Magnus Carlsen, he wrote a program to help prepare his debut before the match against Ian Nepomniachtchi. The match ended with a score of 7,5:3,5 for Carlsen.

His professional career would not have been so successful, of course, had it not been for KFnrD, who cared for him when he attended elementary and high school, and the Olympics in Informatics, which opened his eyes to the world of algorithms. Thanks to it, he became involved in algorithmics for life, being a specialist in both Google and SpaceX, as well as C ++. However, in his opinion, it is a very complex language for low-level programming but very popular in industrial applications. Therefore, it is impossible not to know it, although it may soon be replaced by new languages ​​such as Rust, Go, or D. Python, which he is teaching his son, is much better for learning programming.