With professor Jan Madey, they created a system for identifying IT talents and working with them at the University of Warsaw. As a result, the UW is the only university in the world to continuously qualify for the ICPC finals since 1994, winning five gold, six silver, and four bronze medals in them, winning in 2003 and 2007 and taking 2nd place in 2012 and 2017 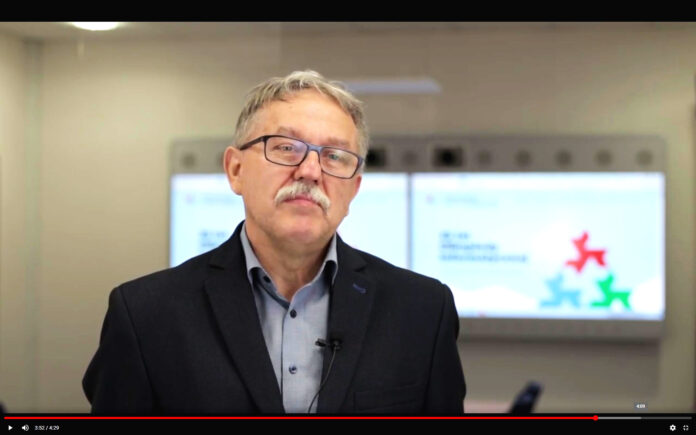 Prof. Diks was a student of prof. Madey, and immediately after graduation, started working at the University of Warsaw. Initially, they were not in close contact with each other. The situation changed when prof. Diks went on a scholarship to Canada, where prof. Madey used to come for research during the summer holidays with his best students from UW. One must say here that the scientific interests of the two professors were entirely different, and they did not cooperate in the field of science. Their joint stay in Canada allowed them to get to know each other on a social basis. When prof. Diks returned to Poland in 1994, prof. Madey involved him in the organizational work at the Institute of Informatics, entrusting him with the position of deputy director for teaching and recommending him to the OI Main Committee. From that moment on, OI became Professor Diks’s passion. He became the chairman of the Main Committee in 1999 and was the team leader of the Polish representation at the IOI. He was also the author of many Olympic tasks. His advantage was and still is perfect contact with young people. Nearly 2,000 people passed through OI and won over 40 gold medals at the IOI. Twice young Poles became winners of the IOI – in 2006 and 2007.

When Polish students began to take part in the ICPC, prof. Madey quickly concluded that the qualifiers for it should be the ICPC Polish Collegiate Programming Contest (PCPC), which was first organized by the Poznan University of Technology and then by the UW, with prof. Diks in charge. Since then, the cooperation between Prof. Madey and Prof. Diks has become very close. Prof. Diks acted as the “co-coach” of the UW national team for the ICPC, which resulted in many successes. During the 2019 ICPC finals in Porto, prof. Madey officially announced that he was stepping down from leading the UW teams, and prof. Diks became their natural coach.

Initially, professor Madey organized the training of young talents on his own. When he handed over these responsibilities to prof. Diks, he dealt with the organizational side of trips to the competition in terms of logistics and finance. It was a good combination because before prof. Diks joined the team, the best result of the UW in the ICPC finals was 9th place and the bronze medal in 1998, won in Atlanta. During his tenure, an uninterrupted streak of success began with 6th place and a silver medal in 2001 in Vancouver, which the same team, but with a slightly changed line-up, improved to 1st place and a gold medal in 2003 in Beverly Hills. Over time, previous medalists joined the training process, which resulted in the fact that at PCPC, UW could send not three teams but six. Because the popularity of the UW’s power in this area grew, it was necessary to organize internal eliminations because everyone wanted to participate in ICPC! In 2019, 21 teams of 3 people took part in them, and this is a total of 63 students. The system is effective because its most essential elements are the former medalists of the world finals, who give their younger colleagues what they previously received.

It has happened more than once that first-year students have advanced to the ICPC finals. Without the OI, IOI, and prof. Diks’ intense involvement in them, which allowed him to catch talents at an early stage of development, would not have been possible. An excellent example of this is Filip Wolski, who, after winning the IOI in 2006, already in his first year of study, powered the UW team that won first place at the 2007 ICPC in Tokyo. These achievements culminated in prof. Diks being entrusted with crucial roles in organizing world-class events in Poland – in 2005, the IOI in Nowy Sacz, and 2012 the ICPC finals in Warsaw.

He is also the initiator of the first online programming competition – Algorithmic Conquerors. It is now held annually under the name Algorithmic Skirmish, enjoying great popularity (several thousand participants, tens of thousands of appeals to the competition site daily, challenging and educational tasks). Despite such a wide range of responsibilities, Prof. Diks finds time to write scientific papers in the broad field of algorithmics (60), academic textbooks (co-author of Algorithms and Data Structures), and translations into Polish of IT bestsellers, such as The Art of Programming by Donald Knuth, or Introduction to Algorithms by Thomas H. Cormen and others. He has promoted more than 50 master’s degrees and ten doctorates. For ten years, he headed the UW Institute of Informatics, contributing significantly to the Institute’s international scientific reputation. Suffice it to say that the Institute won the most ERC grants in Poland in a single discipline.