Andrzej Gąsienica-Samek was the leader of the University of Warsaw team, the first from Poland to win the ICPC 2003 in Beverly Hills. The UW is the only university in the world to continuously advance to the ICPC finals from its first start in the qualifying rounds in 1994, thanks to prof. Jan Madey and prof. Krzysztof Diks 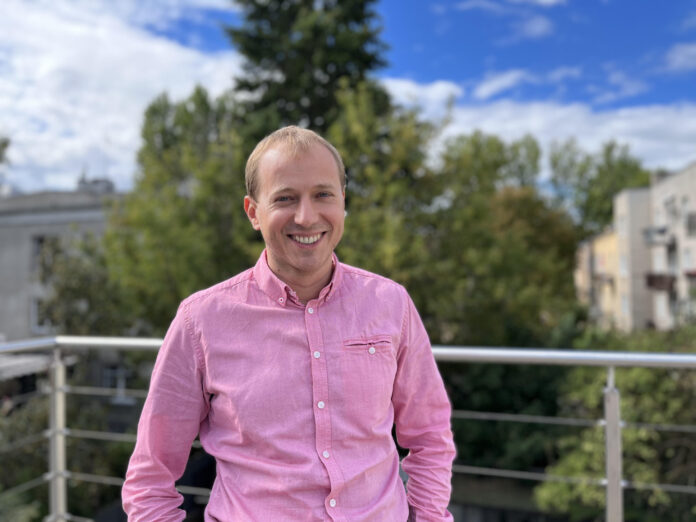 Andrzej Gąsienica-Samek learned BASIC programming when he was only nine years old, thanks to his father. The first successes in programming competitions came very quickly. At 14, he reached the second stage of the national OI for secondary schools, and in the following years, he won it three times in a row. He can also boast of winning three gold and one silver medal in the IOI, placing him in 11th place in the history of this competition.

Communing with other talented programmers at the National Children’s Fund camps, of which he was a scholarship holder, and where he also had the opportunity to meet prof. Jan Madey, its long-term president and prof. Krzysztof Diks determined that he decided to study computer science at the University of Warsaw. Already in the second year of studies (2000/2001), together with Tomek Czajka and Marcin Stefaniak, they broke through the ICPC regional qualifiers, advancing to the finals, where they won the silver medal, taking 6th place, and it was the best place in the history of the UW in the past. Two years later, when Marcin Stefaniak was replaced in the team by Krzysztof Onak, their triumph was undisputed because they were the only ones to solve nine problems out of 10.

However, he did not participate in programming competitions anymore because, in his opinion, they only serve to find people who are the best at it and do not necessarily translate into later successes in business, which he was very attracted to. Although he had a 3-month internship at the IBM Watson Research Center in the USA during the summer months before winning the ICPC, he and his colleagues also surveyed which of the large Polish IT companies would like to hire him. Ultimately, he chose Comarch, the second largest programming company in Poland at that time, which, especially for him, offered to create a special R&D department, of which he became its manager. Unfortunately, developing an innovative tool for generating readable printouts from excel files was not a great success because only a few customers bought it. Therefore, after three years, he was transferred to the department dealing with public administration solutions, which was a good idea. The Silesian Voivodship Office boasted about a program to support the circulation of their documents until a top-down decision was made not to use private, but state-owned solutions in the administration, but Andrzej Gąsienica-Samek did not work at Comarch at that time.

The breakup took place after five years, but it was in friendship. Andrzej Gąsienica-Samek liked the work at Comarch very much, it was well paid, and the company took care of his professional development, but he dreamed of having his own company. When he set up it with one of his high school friends, a son of Comarch CEO acquired 1/3 of its shares, investing several hundred thousand zlotys in it. It was named Atinea, but it wasn’t entirely clear what it was supposed to do. Only with time did it specialize in the provision of outsourcing programming services, and although it is developing slowly, it is growing systematically. In 2020, revenues amounted to PLN 5 mln, of which 10% was allocated to R&D. It experiences all kinds of ups and downs. A few years ago, its largest client, a British company with annual revenues of more than $6 bln, resigned from its services after splitting into two smaller companies. Nevertheless, in the following year, the company achieved the same revenues as in the previous year, and there were significant increases on the horizon in the next years.

When the company was established, Andrzej Gąsienica-Samek believed establishing a startup was his best business decision. Today, however, he would not decide to do so. When he founded it, there were few companies in the Polish market where you could get an exciting job after studying IT. Today reality is entirely different, so why put yourself under the stress of developing your own business?

Currently, Andrzej Gąsienica-Samek employs 100 people, but only 80 in Atinea. The rest work in two subsidiaries that support education.

The first of them, InstaLing, was established in 2013, providing schools with a platform supporting the learning of English vocabulary. Currently, it is used by 6,000 teachers and 200,000 students a day. The basic version is free, and the company can earn for itself thanks to the advanced, paid version.

The second, InstaKod, has been operating since 2019 as a portal for comprehensive computer science learning. The key to success was developing a set of tasks for teaching problem-solving, with programming based on a simplified assembler. The platform is used by an increasing number of teachers, supported by their original textbook, which the Ministry has already approved of National Education. To raise the interest of a wider group of students, the company has been organizing an IT competition InstaLogic for beginners for three years. Eight hundred children participated in the first edition, over 3,400 in the second edition, and 6,400 in the third, which bodes well for the future. The company also offers paid advanced classes, which cost only PLN 200 per month and are currently used by approx. 200 customers.